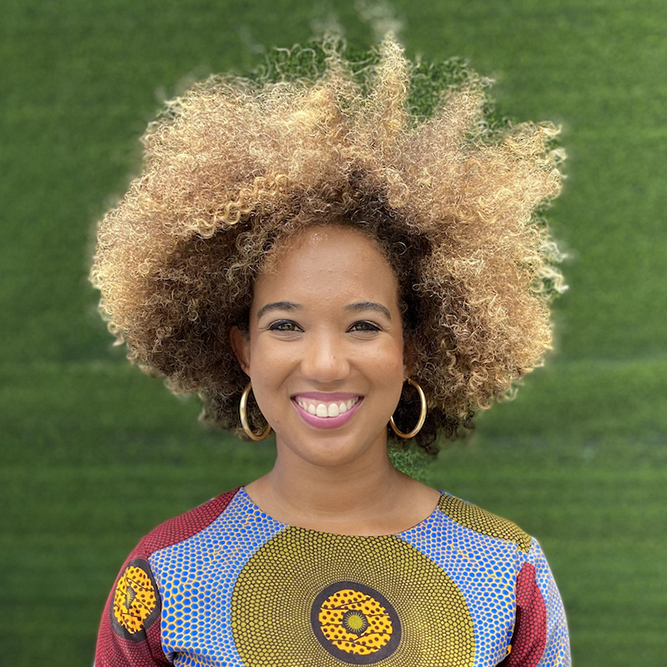 Support from Bard to jumpstart her cultural and artistic vision has led Joelle Powe to places she never imagined possible. The anthropology major from Jamaica directed a documentary on Jamaican dancehall that has toured the United States, Jamaica, and elsewhere, creating a buzz around the budding filmmaker who calls herself a “visual anthropologist.”

Out There Without Fear details the Jamaican popular dance form as a social, political, and cultural phenomenon, with lively depictions of the music and moves of the genre that has ignited passion as far away as Russia and Japan. The subjects interviewed also reflect on the impact of classism and sexism on dancehall in the Caribbean island nation.

“Abundant opportunities at Bard have supported my academic interest in Jamaica,” Powe says. A Community Action Award from Bard’s Center for Civic Engagement, support from the Trustee Leader Scholar program, and the Naomi Bellinson Feldman ’53 Internship Award (for student internships in music or the social sciences—in this case, both) gave her partial funding for the film, which she directed with producer Adtelligent, a social media company in Jamaica.

Powe says her time at Bard has been “a truly amazing journey,” one that began when she was on a global voyage during Semester at Sea, a four-month study abroad program for United World College students on a ship that takes them to four continents. She was aboard when she learned she had been accepted to the College.

She was an anthropology major because she is “very excited about local opportunities for anthropological study in Jamaica, a wellspring of culture.” Her Senior Project was a study of a Jamaican family’s participation in the national response to COVID-19, for which she received grants from the Anthropology Program and the Center for Human Rights and the Arts at Bard.  Continuing interest in Out There Without Fear, the ideas for which were published in the Jamaica Journal in 2021, has Powe curating discussions on dancehall with Jamaican academics and dancers through universities and cultural centers around the world. She is working on her second documentary, Beverley Manley Uncensored, which follows the ex-wife of former Jamaican Prime Minister Michael Manley and explores her reflections on the 1970s in Jamaica, a significant decade in Jamaican political history. The first episode of the documentary series premiered on Adtelligent TV in July 2022.

Powe notes the value of the Language and Thinking Program in setting her up to appreciate wrestling with big ideas. “L&T teaches you to read and write. I loved being exposed to great thinkers from around the world in the readings. My mind has been stretched by exposure in my classes across the disciplines—from Cuban documentaries, constitutional laws in Myanmar, Caribbean poetry, and Iranian art, to Spanish short stories. As an anthropology major, I need cultural literacy across diverse mediums.” Also, she says, “I appreciate that I was exposed to international cinema through screenings here. I didn’t know I would get that.”

In addition to being a peer counselor—which taught her about “being responsible for people my age and for their ideas about what to expect from their community”—she also decided to join the swim team. “I was stretched beyond my imagination of what was possible, and learned about patience and determination, showing up for practice, getting better over time. The discipline I learned in swimming enhanced my time management skills and focus.”

Bard has enriched Powe’s life “in three very significant ways.” The support she received to pursue academic interests outside the College—through independent study, grants, and student-led initiatives, supported by Bard’s energetic professors—“sped up where I want to be in my career.” She was exposed to “the spirit of internationalism in the College, the community, and academia as a whole,” which led to lifelong friendships; and she found “the freedom to try new things.” Oh, and another thing: “being allowed to make mistakes and try again.”