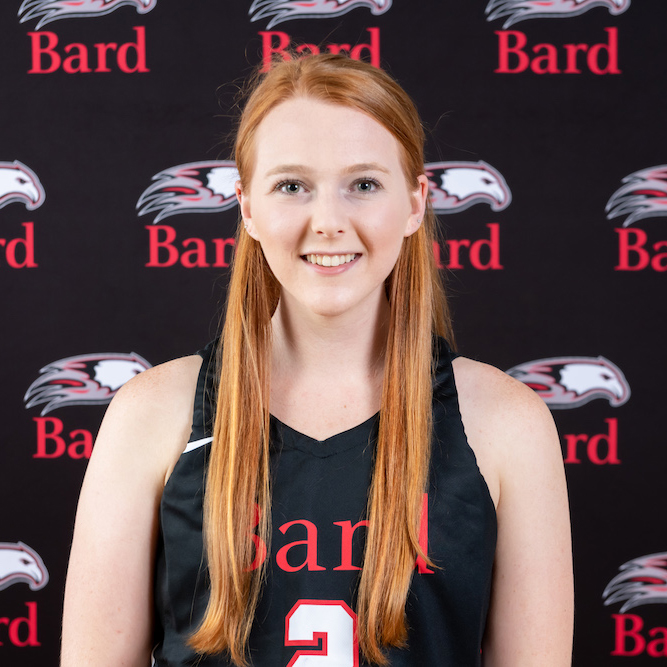 Where does someone who is at the top of their game in both basketball and biology go to college? For Christina Kiser, the answer was Bard, hands down.

The native of North Providence, Rhode Island, was recruited for the women’s basketball team at Bard, and also is a recipient of the prestigious Distinguished Scientist Scholarship. “Through high school I knew I wanted to go to med school and be a surgeon,” says Kiser, who early on joined Bard Emergency Medical Services, an experience that “solidified my desire to work in the medical field,” she says. “And my access to hands-on research was really important. Getting into a lab setting as early as the first year is almost unheard of. The Bard-Rockefeller Semester in Science is a fantastic opportunity that no other school can provide.”

In her Senior Project, Kiser examined antibiotic resistance and effective treatments. Having taken both epidemiology and human rights courses, she wanted to underscore not only the diseases but the social problems behind them: “changing the system itself from within.”

On the sports side, Kiser is copresident of the Student Athlete Advisory Committee, which aims to bridge gaps between athletics and the rest of the Bard community. And she works three jobs: at the front desk of the Stevenson Athletic Center, at the Dean of Students Affairs Office, and as a babysitter for several families.

Outside her major, she has taken several psychology courses “simply for fun,” history, and literature, “which pushes me to write in a different way from science, since I am able to put my opinion in there. Because that’s unfamiliar, it’s been a struggle but I’ve enjoyed it.” But her most memorable experience has been the pre–first year Language and Thinking Program (L&T). “It is how I was introduced to college, my first time feeling I had to be an adult, having to take responsibility for myself. I tend to be introverted and had to force myself to be out there. L&T was difficult in terms of learning, critical thinking, and a lot of reading. But when I finished, I felt I’d gotten past various barriers. It prepared me for ‘real’ college courses.”

Associate Professor of Biology Brooke Jude, Kiser’s Senior Project adviser, has been a huge influence. “The energy in her classroom is unparalleled, you just feed off it. She also is so involved with the Bard community as one of the house professors [who oversee informal student communities], and she comes to most student events. I go to her for almost everything.”

In light of that sense of community, Kiser feels inspired by “the atmosphere at Bard, encouraging people to both display and find their true selves. People feel they don’t have to hide who they are. It’s a place where your voice can be heard.” And having her voice heard led to the most rewarding part of her time at Bard: “The friendships I’ve been able to build here. Having the opportunity to foster those friendships is not something you see at other colleges.”

Her advice to prospective Bard students: “Try to come to campus. Photos can’t do it justice. People don’t realize that coming to Bard, which feels rural and secluded, means access to beautiful surroundings two hours from New York City. The small class size is also so important; you can foster close relationships with professors. I’m in a class of nine students, and know everyone very well.”

Finally, she says, “It was vital for me to see where I was going and visit the surrounding area, have candid conversations with students and ask important questions. And I needed to know about the dining experience. I love food.”