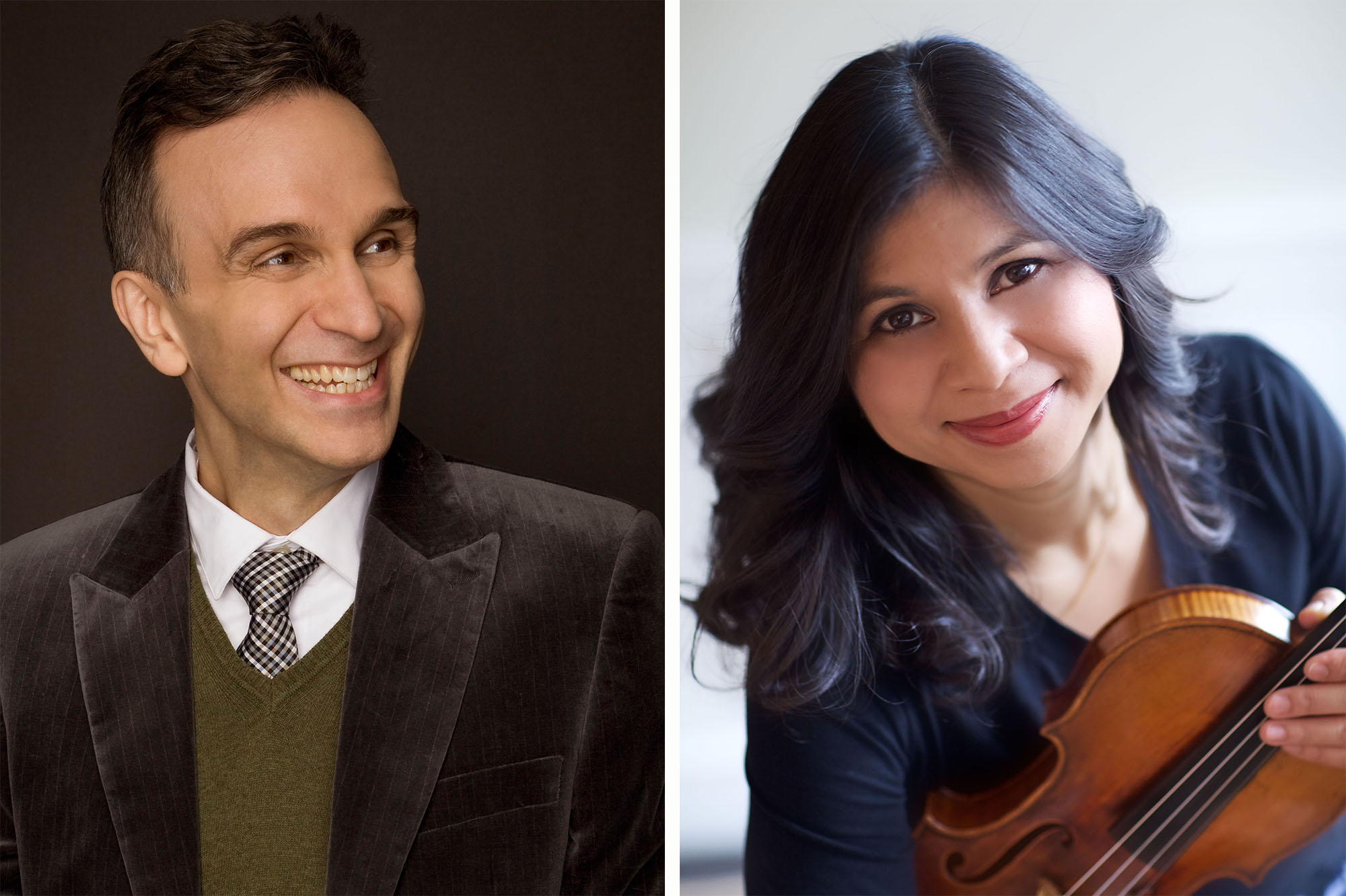 Bard College Conservatory Faculty Gil Shaham (L.) and Adele Anthony (R.)
The Bard College Conservatory of Music announces the faculty appointments of violinists Gil Shaham and Adele Anthony. Shaham, one of the most celebrated violinists of his generation, performs regularly with the Berlin Philharmonic, San Francisco Symphony, and New York Philharmonic, among many others. With an extensive recording career of more than two dozen concerto and solo CDs, he is a Grammy Award winner and recipient of Gramophone’s Editor’s Choice award. Anthony is an acclaimed international performer, appearing regularly with the Houston, Seattle, and San Diego symphony orchestras and performing throughout North America, Europe, Australia, India, and Asia. An avid and accomplished chamber musician, she appears regularly at La Jolla’s SummerFest and the Aspen Music Festival.

About Gil Shaham
Gil Shaham is one of the foremost violinists of our time; his flawless technique combined with his inimitable warmth and generosity of spirit has solidified his renown as an American master. The Grammy Award winner, also named Musical America’s Instrumentalist of the Year, is sought after throughout the world for concerto appearances with leading orchestras and conductors, and regularly gives recitals and appears with ensembles on the world’s great concert stages and at the most prestigious festivals.

Highlights of recent years include the acclaimed recording and performances of J. S. Bach’s complete sonatas and partitas for solo violin. In the coming seasons, in addition to championing these solo works, he will join his long time duo partner, pianist Akira Eguchi, in recitals throughout North America, Europe, and Asia.

Shaham was born in Champaign-Urbana, Illinois, in 1971. He moved with his parents to Israel, where he began violin studies with Samuel Bernstein of the Rubin Academy of Music at the age of 7, receiving annual scholarships from the America-Israel Cultural Foundation. In 1981, he made debuts with the Jerusalem Symphony and Israel Philharmonic, and the following year, took first prize in Israel’s Claremont Competition. He then became a scholarship student at Juilliard, and also studied at Columbia University. He was awarded an Avery Fisher Career Grant in 1990 and, in 2008, he received the coveted Avery Fisher Prize. In 2012, he was named Instrumentalist of the Year by Musical America. Shaham performs on an Antonio Stradivari violin, Cremona c1719, with the assistance of Rare Violins In Consortium Artists and Benefactors Collaborative. He lives in New York City with his wife, violinist Adele Anthony, and their three children.

About Adele Anthony
Since her triumph at Denmark’s 1996 Carl Nielsen International Violin Competition, Adele Anthony has enjoyed an acclaimed and expanding international career. As a soloist with orchestra and in recital, as well as an active chamber music player, Anthony has performed throughout North America, Europe, Australia, India, and Asia.

Anthony performs on an Antonio Stradivarius violin, crafted in 1728.