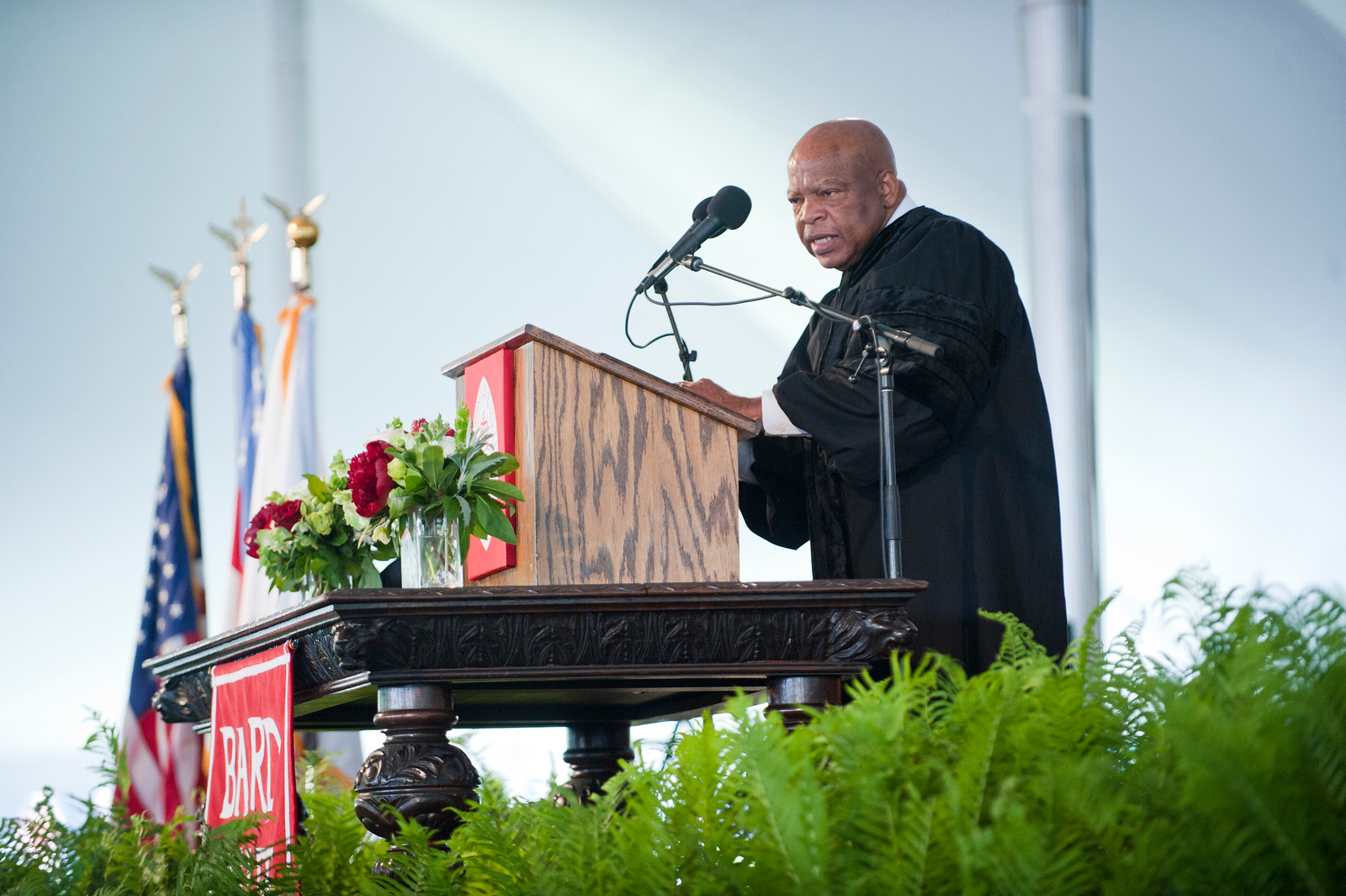 John Lewis addresses Bard graduates at the 2017 Commencement exercises.
Photo by Karl Rabe
The death of John Lewis is a source of sadness for the nation. John Lewis was a giant of the civil rights movement and a great American who dedicated his life and work to social justice and voting rights. He was, as his colleague in the House of Representatives called him, “the conscience of the U.S. Congress.” The world has lost a moral leader and a heroic citizen of exemplary courage.

Bard had the privilege of welcoming him to Annandale to address the graduating class of 2017. As we all remember John Lewis and his towering accomplishments and leadership, it is with gratitude that we share this address.

Watch the video of John Lewis's address to the Class of 2017.