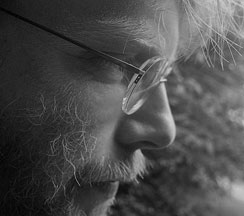 ANNANDALE-ON-HUDSON, N.Y.—Author Brian Conn has been selected to receive the annual Bard Fiction Prize for 2013. The prize, established in 2001 by Bard College to encourage and support promising young fiction writers, consists of a $30,000 cash award and appointment as writer in residence at the College for one semester. Conn is receiving the prize for his debut novel, The Fixed Stars (Fiction Collective 2, 2010). Centered on the “John’s Day” celebration of a small community, Conn’s experimental science fiction novel is set in a world that has retreated from urbanism into the pastoral, where citizens afflicted by a mysterious plague are routinely quarantined and reintegrated into society in rituals marked by a haunting brutality. Conn will be writer in residence at Bard College for the spring 2013 semester, where he will continue his writing, meet informally with students, and give a public reading.

The Bard Fiction Prize committee writes: “What won the respect of the Bard Fiction Prize judges was the remarkable way the weird, perplexing bleakness of the imagined society is firmly held in place by a narrative style at once bewildered and lucid—it has the air of a kind of deadpan tragedy, of the sort Kafka scared us with, and made us yearn for more. The Bard Fiction Prize has been anxious to celebrate innovation in the novel—and in Conn’s The Fixed Stars we found a perfect match of inventive fable with disquietingly radical storytelling. The prose sparkles with unique images, and the narrative itself is wonderful, at times wondrous even, and a highly original formal work, full of life.”

Brian Conn’s work has appeared in both genre magazines and literary magazines, and The Fixed Stars, his first novel, appeared on Amazon.com’s list of the ten best science fiction and fantasy books of 2010. He is a graduate of Yale University, with an M.F.A. from Brown University, where he began writing The Fixed Stars and cofounded Birkensnake, a fiction annual, with Joanna Ruocco. He lives in California.

The creation of the Bard Fiction Prize, presented each October, continues Bard’s long-standing position as a center for creative, groundbreaking literary work by both faculty and students. From Saul Bellow, William Gaddis, Mary McCarthy, and Ralph Ellison to John Ashbery, Philip Roth, William Weaver, and Chinua Achebe, Bard’s literature faculty, past and present, represents some of the most important writers of our time. The prize is intended to encourage and support young writers of fiction to pursue their creative goals and provide an opportunity to work in a fertile and intellectual environment. Last year’s Bard Fiction Prize was awarded to writer Benjamin Hale for his book, The Evolution of Bruno Littlemore (Twelve, 2011).


ABOUT THE BARD FICTION PRIZE
The Bard Fiction Prize is awarded to a promising, emerging writer who is an American citizen aged 39 years or younger at the time of application. In addition to the monetary award, the winner receives an appointment as writer in residence at Bard College for one semester, without the expectation that he or she teach traditional courses. The recipient gives at least one public lecture and meets informally with students. To apply, candidates should write a cover letter explaining the project they plan to work on while at Bard and submit a C.V., along with three copies of the published book they feel best represents their work. No manuscripts will be accepted. Applications for the 2014 prize must be received by July 15, 2013. For information about the Bard Fiction Prize, call 845-758-7087, send an e-mail to [email protected], or visit www.bard.edu/bfp. Applicants may also request information by writing to the Bard Fiction Prize, Bard College, Annandale-on-Hudson, NY 12504-5000.