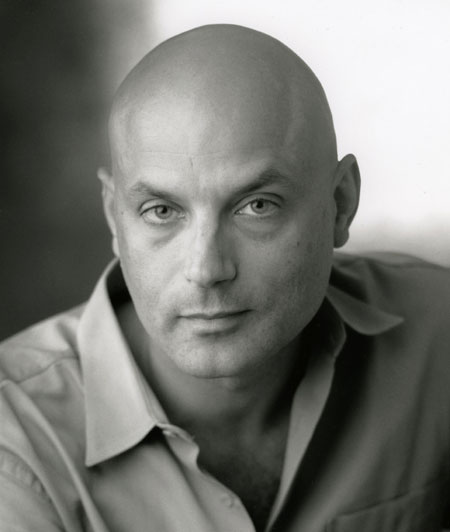 ANNANDALE-ON-HUDSON, N.Y.—Daniel Mendelsohn, celebrated author, critic, and Charles Ranlett Flint Professor of Humanities at Bard College since 2006, is one of 20 writers to receive a 2014 American Academy of Arts and Letters award in literature. Mendelsohn has won the Harold D. Vursell Memorial Award of $20,000, given to a writer whose work merits recognition for the quality of its prose style. The American Academy of Arts and Letters awards will be presented in New York in May at the academy’s annual ceremony. The literature prizes honor both established and emerging writers of fiction, nonfiction, and poetry. The academy’s 250 members nominate candidates, and a rotating committee of writers selects winners. This year’s committee members were Louis Begley, Louise Glück, Alison Lurie, Francine Prose, Mark Strand, and Charles Wright.

Daniel Mendelsohn was born on Long Island and educated at the University of Virginia and Princeton University. Since 1991 his essays and reviews have appeared in many publications, most frequently in The New Yorker, The New York Review of Books, and The New York Times Books Review, for which he is currently a “Bookends” columnist. He has also been the weekly book critic for New York and is a contributing editor at Travel + Leisure. Mendelsohn’s international bestseller The Lost: A Search for Six of Six Million, published by HarperCollins in 2006, won the National Book Critics Circle Award in Autobiography and the National Jewish Book Award, as well as the Prix Médicis in France, among other honors; it has been published in more than 15 languages. His other books include a memoir, The Elusive Embrace (1999), a New York Times Notable Book and Los Angeles Times Best Book of the Year; C. P. Cavafy: Complete Poems (2009), an acclaimed translation with commentary, also a Publishers Weekly Best Book of the Year; and two collections of reviews, How Beautiful It Is and How Easily It Can Be Broken (2008), a Publishers Weekly Best Book of the Year; and Waiting for the Barbarians: Essays from the Classics to Pop Culture (2012), which was a finalist for the National Book Critics Circle Award in Criticism and runner-up for the PEN Art of the Essay Award. Mendelsohn’s other honors include a Guggenheim Fellowship, the National Book Critics Circle Citation for Excellence in Book Reviewing, and the George Jean Nathan Prize for Drama Criticism. He is a member of both the American Academy of Arts and Sciences and the American Philosophical Association.
#
About the American Academy of Arts and Letters
The American Academy of Arts and Letters was established in 1898 to “foster, assist, and sustain an interest in literature, music, and the fine arts.” Election to the Academy is considered the highest formal recognition of artistic merit in this country. Founding members include William Merritt Chase, Kenyon Cox, Daniel Chester French, Childe Hassam, Henry James, Theodore Roosevelt, Elihu Vedder, and Woodrow Wilson. The Academy currently comprises 250 of America’s leading voices in the fields of art, architecture, literature, and music. The Academy presents exhibitions of art and manuscripts, funds staged readings and performances of new works, and purchases works of art to be donated to museums. It is located in three landmark buildings designed by McKim, Mead & White, Cass Gilbert, and Charles Pratt Huntington, on Audubon Terrace at 155 Street and Broadway, New York City.