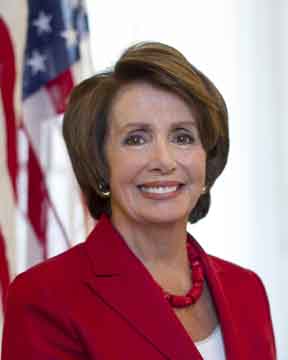 Bard College Holds One Hundred Fifty-Fourth Commencement on Saturday, May 24, 2014

Other events taking place during commencement weekend include class reunions; a concert by Bard student soloists and composers with the American Symphony Orchestra, Leon Botstein, conductor; and the granting of Bard College awards for 2014. The Bard Medal will be presented to Toni and Martin Sosnoff; the John and Samuel Bard Award in Medicine and Science to Kathryn E. Stein ’66; the Charles Flint Kellogg Award in Arts and Letters to Amy Sillman MFA ’95; the John Dewey Award for Distinguished Public Service to Alexis Papahelas ’83; the Mary McCarthy Award to Sharon Olds; and the Bardian Award to William T. Maple and Joan Retallack.

Nancy Pelosi is the Democratic Leader of the House of Representatives in the 113th Congress.  From 2007 to 2011, she served as the first woman Speaker of the House. Leader Pelosi has led House Democrats for a decade and has represented San Francisco, California’s 12th Congressional District, for 26 years. In October, she was inducted into the National Women’s Hall of Fame at a ceremony in Seneca Falls, the birthplace of the American women’s rights movement.

Under Pelosi’s leadership, the 111th Congress was heralded as “one of the most productive Congresses in history” by Congressional scholar Norman Ornstein.

Pelosi brings to her leadership position a distinguished record of legislative accomplishment. Pelosi spearheaded passage in the House of historic health insurance reform legislation, which establishes a Patients’ Bill of Rights and will provide insurance for tens of millions more Americans while lowering health care costs over the long term. Other accomplishments include the passage of historic investments in college aid, clean energy and innovation, and initiatives to help small businesses and veterans. She has been a powerful voice for civil rights and human rights around the world for decades.

In July, Pelosi led House Democrats in launching an economic agenda for women and families, When Women Succeed, America Succeeds, to ensure that generations of women enjoy the equal opportunities that they deserve—and that American families prosper in today’s economy.

Pelosi comes from a strong family tradition of public service in Baltimore. Married to Paul Pelosi, she is the mother of five and grandmother of nine.