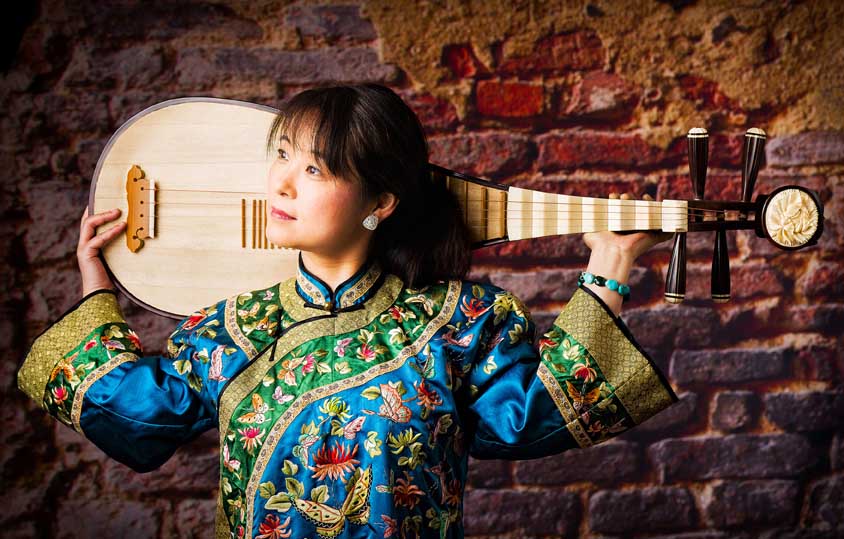 Tradition and Discovery: Teaching Chinese Music in the West

Annandale-on-Hudson, NY—The second annual conference of the US-China Music Institute will explore the developments and challenges in teaching Chinese music in the U.S., Canada, and Europe. Tradition and Discovery: Teaching Chinese Music in the West takes place Monday, March 11 through Tuesday, March 12 at the László Z. Bitó ’60 Conservatory Building on the Bard College Campus, and includes guest speakers and concerts including performances by celebrated pipa virtuoso Wu Man and the Chinese instrument majors of the Bard College Conservatory of Music. Admission is free but registration is recommended. For more information go to barduschinamusic.org/events/ tradition-and-discovery, or send an email to [email protected]

With the rise of China as a global musical cultural force, music education can play a major role in creating cross-cultural connections and understanding. What are the challenges that Chinese instrument educators face, and what have been the greatest successes? The conference will be a forum for discussion and collaboration between educators to exchange ideas, drawing on experiences in varying educational settings and in different regions.

Talks will be presented by performers and educators with a broad range of expertise in Chinese music education in the U.S., Canada, and Europe. Speakers include the president of the Central Conservatory of Music, Yu Feng; zheng (Chinese zither) performer and scholar Han Mei; directors of the Music Confucius Institute Marianne Løkke Jakobsen and Li Xin; Canadian composer and multi-instrumentalist Randy Raine-Reusch; Patty Chan of the Toronto Chinese Orchestra; Gloria Wong of the Vancouver Symphony Orchestra World Music Program; and more, including scholars from several colleges in the U.S.

World-renowned pipa virtuoso Wu Man and friends will lead the audience on a superb musical journey, using music to bridge cultural divides by combining traditional Chinese instrumentation with world music and Western jazz inflected elements. Performing with her will be Han Mei on zheng. Edward Perez on bass, and Kaoru Watanabe on Japanese flute and drum.

The mission of the US-China Music Institute of the Bard College Conservatory of Music is to promote the study, performance, and appreciation of music from contemporary China, and to support musical exchange between the United States and China. In partnership with the Central Conservatory of Music (Beijing, China), the Institute has launched the Chinese Music Development Initiative, consisting of several components: a new undergraduate degree program in Chinese instruments at the Bard College Conservatory of Music, with faculty provided by the Central Conservatory of Music; an annual Chinese Music Festival focusing on music from contemporary China, to take place on the Bard campus and at a major New York City venue; seminars and scholarly conferences on Chinese music, art, and social development, held in both the United States and China; and a semiannual Summer Academy on the Bard campus for high school–age students, featuring an orchestra of Chinese instruments. Visit barduschinamusic.org.