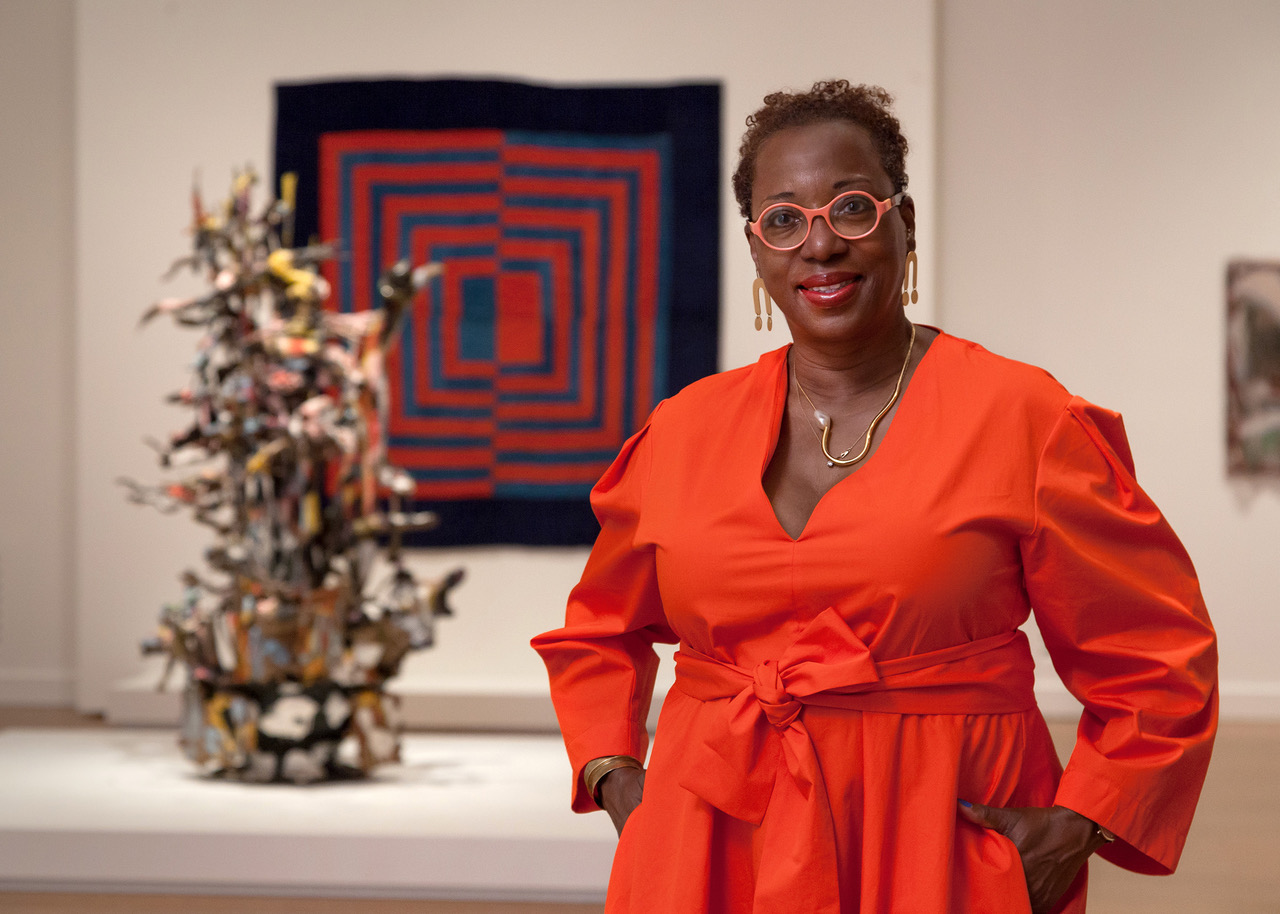 Valerie Cassel Oliver. Image courtesy the Virginia Museum of Fine Arts and photographer, Travis Fullerton
The Center for Curatorial Studies, Bard College (CCS Bard) announced that Valerie Cassel Oliver, the Sydney and Frances Lewis Family Curator of Modern and Contemporary Art at the Virginia Museum of Fine Arts (VMFA), has been named as the 2022 recipient of the Audrey Irmas Award for Curatorial Excellence. For 23 years, the Audrey Irmas Award for Curatorial Excellence has celebrated the achievements of a distinguished curator whose lasting contributions have shaped the way we conceive of exhibition-making today. The award, which is accompanied by a $25,000 prize, reflects CCS Bard’s commitment to recognizing individuals who have defined new thinking, bold vision, and dedicated service to the field of exhibition practice.

With a curatorial practice spanning over two decades, Cassel Oliver will be honored at CCS Bard’s spring 2022 gala celebration and dinner on Wednesday, April 6. The event, co-chaired by Lonti Ebers, CCS Bard Board of Governors member, and Martin Eisenberg, Chairman of the CCS Bard Board of Governors, will be held at Manhattan West in New York City. Connie Butler, the 2020 recipient of the award, will also be honored during the gala. The event is supported by Lonti Ebers.

“From her most recent survey, The Dirty South: Contemporary Art, Material Culture, and the Sonic Impulse at VMFA to major retrospectives and the very redefinition of performance, Valerie Cassel Oliver should be considered one of America’s great ‘thought leaders,’ a curator who constantly surprises, enlightens, and broadens the scope of art,” said Tom Eccles, Executive Director, CCS Bard.

“It is deeply humbling to be acknowledged for my work. I feel it is necessary work, created from a space of commitment and passion. And, I have been quite fortunate over the years to bring ideas to the fore and to celebrate amazing artists and their work. It is immensely gratifying to be acknowledged especially by CCS Bard because of its role in sustaining the viability of curatorial practice,” said Cassel Oliver.

About Valerie Cassel Oliver
Valerie Cassel Oliver has served as the Sydney and Frances Lewis Family Curator of Modern and Contemporary Art at the Virginia Museum of Fine Arts since 2017. Her 2018 debut exhibition at the museum was the fifty-year survey of work by Howardena Pindell. The traveling exhibition, Howardena Pindell: What Remains to be Seen, was co-organized with Naomi Beckwith and named one of the most influential of the decade. Cassel Oliver subsequently organized Cosmologies from the Tree of Life, an exhibition featuring over thirty newly acquired works from the Souls Grown Deep Foundation.  Most recently, she curated the critically acclaimed exhibition The Dirty South: Contemporary Art, Material Culture, and the Sonic Impulse. The sweeping survey was honored as one of the best exhibitions of 2021 and is currently traveling to venues across the U.S. through January 2023.

Cassel Oliver was the director of the Visiting Artist Program at the School of the Art Institute of Chicago (1995–2000) and a program specialist at the National Endowment for the Arts (1988–1995). In 2000, she was appointed one of six curators to organize the Biennial for the Whitney Museum of American Art in New York.

Cassel Oliver is the recipient of a Getty Curatorial Research Fellowship (2007), a fellowship from the Center of Curatorial Leadership (2009), the High Museum of Art’s David C. Driskell Award (2011), the Arthur and Carol Kaufman Goldberg Foundation-to-Life Fellowship at Hunter College (2016), the James A. Porter Book Award from Howard University (2018), and the Detroit Institute of Art’s Alain Locke International Art Award (2022). From 2016 to 2017, she was a Senior Fellow in Curatorial Studies at the School of the Art Institute of Chicago and, in spring 2020, she served with Hamza Walker as a Fellow for Viewpoints at the University of Texas at Austin.

Cassel Oliver holds an Executive MBA from Columbia University, New York; an M.A. in art history from Howard University in Washington, D.C., and a B.S. in communications from the University of Texas at Austin.