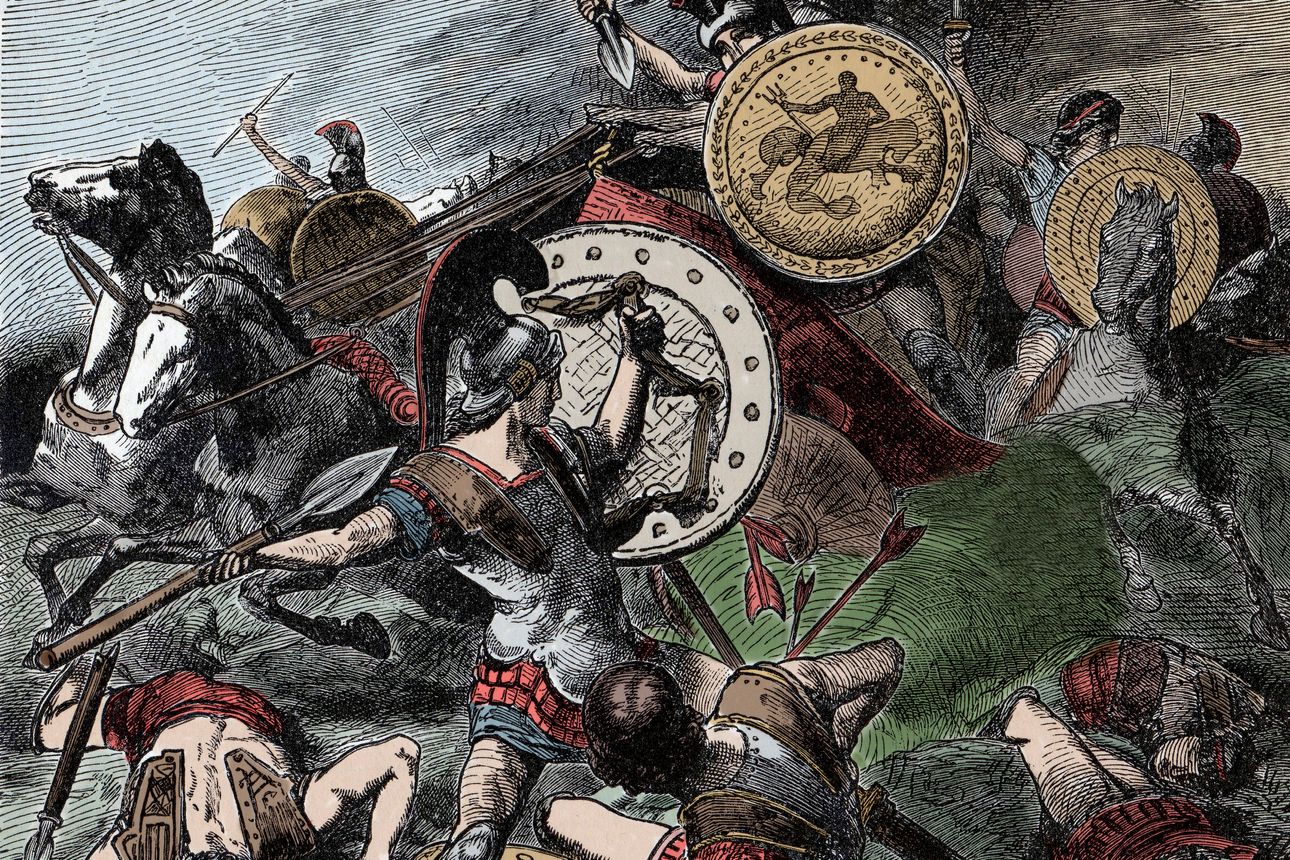 The Theban hero Epaminondas in battle. Photo: Bridgeman Images
In ancient Greece, an elite ﬁghting unit, known for its courage and esprit de corps, was composed of male lovers sworn to mutual loyalty. “James Romm brings to the fore a striking aspect of Thebes’ varied history: a group of warriors who originated there and who, over four decades in the fourth century B.C., fought throughout central Greece, helping to defeat formidable foes and solidifying Thebes’ decade-long dominance. Mr. Romm . . . deftly pieces the story together from the limited sources that have come down to us.” James Romm is the James H. Ottaway Jr. Professor of Classics and director of the Classical Studies Program at Bard.


Read the Review in the Wall Street Journal