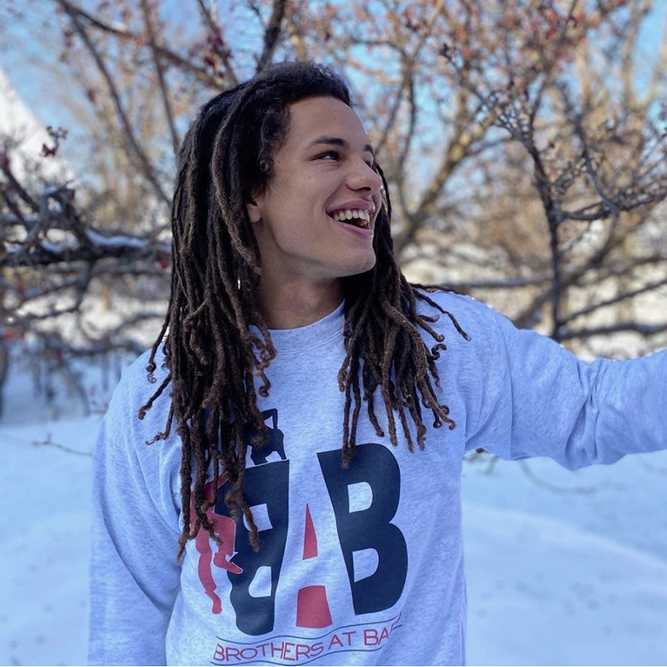 Levi Lakota Lowe’s arrival at Bard was like going on a successful blind date: he came to Bard sight unseen—and fell in love with the campus as soon as he saw it. The senior from Jamestown, California, had heard of Bard from the director of a play he’d acted in during high school.

“My first impression was of a campus that’s huge and gorgeous, monumental and so beautiful,” he says. Academically, he was drawn to Bard because “I was attracted to the double major aspect and the fact that it was a small school. I wanted to do things with brains—neurology—and heart—drawing.” Deciding to pursue art on his own, he became a double major in biology and philosophy “because I’m obsessed with questions. What I love to do in my free time is think of new ways to do things and approach new things, and look at their philosophical implications. I love this type of thinking.” His Senior Project in philosophy looks at dependence theory and addiction, advised by Kathryn Tabb, assistant professor of philosophy.

Science at Bard is also exciting. “We have really high-tech stuff. We were able to collect soil, inventory the bacteria in it, and extract, isolate, and replicate its DNA.” His Senior Project, with Associate Professor of Biology Gabriel Perron as adviser, examines how temperature affects bacteria that are common in hospital infections.

Lowe’s interactions with Tabb, Perron, and Associate Professor of Biology Brooke Jude have inspired him. “Brooke is super welcoming and so warm and excited about things,” he says. “I got interested in genetics in her class.” And his associations with fellow students “have completely changed my life. My friends have taught me about morals, patience, relationships, confidence, community.”

His advice to students looking at Bard? “Be willing to talk with people. Ask questions—it’s insane how much the faculty are willing to help you. Go up to a professor after class. It could change the whole course of your life.” He adds, “I have never seen so many resources. All the advice, whether academia or personal, is awesome.”

Extracurricular activities for Lowe make Bard “a place to destress,” such as the Surrealist Circus, which creates pop-up events with puppets, costumes, stilts, and acrobatics. Lowe also belonged to the Bard Bars rap club and Brothers at Bard, a mentoring group for young men, “which was a great place to be surrounded by people of color.” Slacklining among trees on campus is a favorite pastime, though juggling two majors means that finding time for activities outside of class is a challenge.

After Bard, Lowe plans to attend graduate school in philosophy; he hopes to teach philosophy of science or medical ethics at the college level. “Being able to see people interested in what I’m interested in is why I want to be a teacher.

“Bard is a place that forces me to think about things,” he says when asked how Bard has changed him. “It’s helped me see I can do whatever I want, so my studies don’t feel like work. I’ve found a way to do two Senior Projects and carry 21 credits and stay relaxed. I’m so excited about going to class. Bard’s given me a perfect metric for what I feel should be a baseline for an education. I’m charmed by this place; this is my safe haven.”