Students using equipment funded through a $500,000 grant from The Sherman Fairchild Foundation.
Photo by Pete Mauney '93 MFA '00
The Office of Institutional Support (OIS), one of three offices within the Office of Development and Alumni/ae Affairs, manages the College’s fundraising efforts from foundations, government agencies, corporations, and other entities to support College-wide needs and maintain the College’s ability to raise and receive funding. 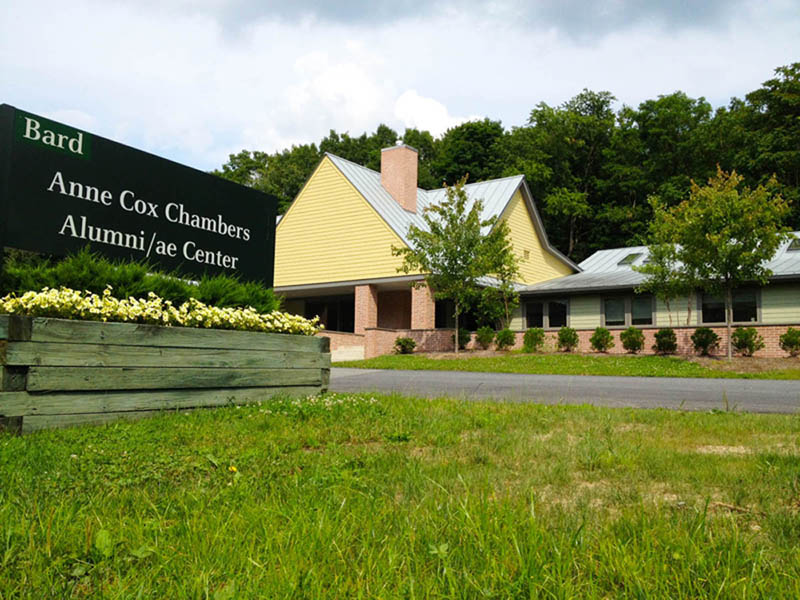 OIS includes a dedicated cadre of staff that work closely with project directors, program staff, and faculty on the successful submission of grant applications that meet College priorities. Also within OIS is the Office of Prospect Research (OPR), an important part of Bard’s fundraising efforts. OPR finds potential sources of funding and individual donors for the College and recommends outreach efforts. The OIS team has a diverse set of backgrounds that they use to assist you in thinking strategically about raising money for your Bard project. Please feel free to give us a call or stop by to meet with one of our staff members!

OPR by the Numbers

Research completed by OPR on potential sources of funding is key to developing successful grant proposals.

Click the links below for new grant awards and other OIS news!

We are currently updating our list of current grant opportunities. Check back soon for new RFP's!

The grant process has four components:

Use these topics as a quick reference to funding instructions or download the entire manual below.
Fundraising Manual

Types of Lobbying
Direct Lobbying:Grassroots Lobbying:
Grassroots lobbying involves a communication (flyers, social media posts, public outreach efforts, etc.) that takes a clear position on a specific “government action” and urges the public or a segment of the public to contact (“call to action”) a public official in support of that position. Grassroots Lobbying is an attempt to influence public officials through their constituency, by motivating or enabling the public to contact their elected officials.

Member of a Coalition that Lobbies:
A group of otherwise unaffiliated entities or members who pool funds for the primary purpose of engaging in lobbying activities on behalf of the members of the coalition.

If Bard expects to incur more than $5,000 in lobbying expenses in a calendar year, Bard must file a report with the State. If you lobby in New York
To ensure proper and accurate reporting to NYS, the following information must be sent to:
Brandt Burgess at bburgess@bard.edu (845-752-2357)
If engaging an outside lobbyist or lobbying firm, the following information is required every six months (January-June and July-December):If engaged in in-house lobbying efforts, the following information is required every two months (January-February, March-April, May-June, July-August, September-October, and November-December):
For each lobbying effort (i.e., lobbying a single issue):If engaged with a coalition that lobbies in NYS:
The list of required information may change as the first few reports are filed. A prompt response is required-both to the initial report of activities and any subsequent requests for clarification and/or requests for additional information. Delays in filing these reports will cost Bard hundreds of dollars in fines.

OIS works closely with Marina Donahue (mdonahue@bard.edu), Casper Owuor (cowuor@bard.edu), and Steve Appenzeller (sappenzeller@bard.edu) on post-award grant management. Once you have been notified of your grant award, OIS will help set up a meeting with them to discuss the next steps.