About the
Institute for International Liberal Education

Students on a walking tour as part of the LAB: Liberal Arts Berlin semester abroad program.
Bard College has long been known as an innovator and risk taker in the field of higher education. We believe that international education should be built upon meaningful partnerships based on the principles of mutuality and equality. Our groundbreaking study abroad programs, located in regions undergoing rapid political and economic transformation continue this tradition. 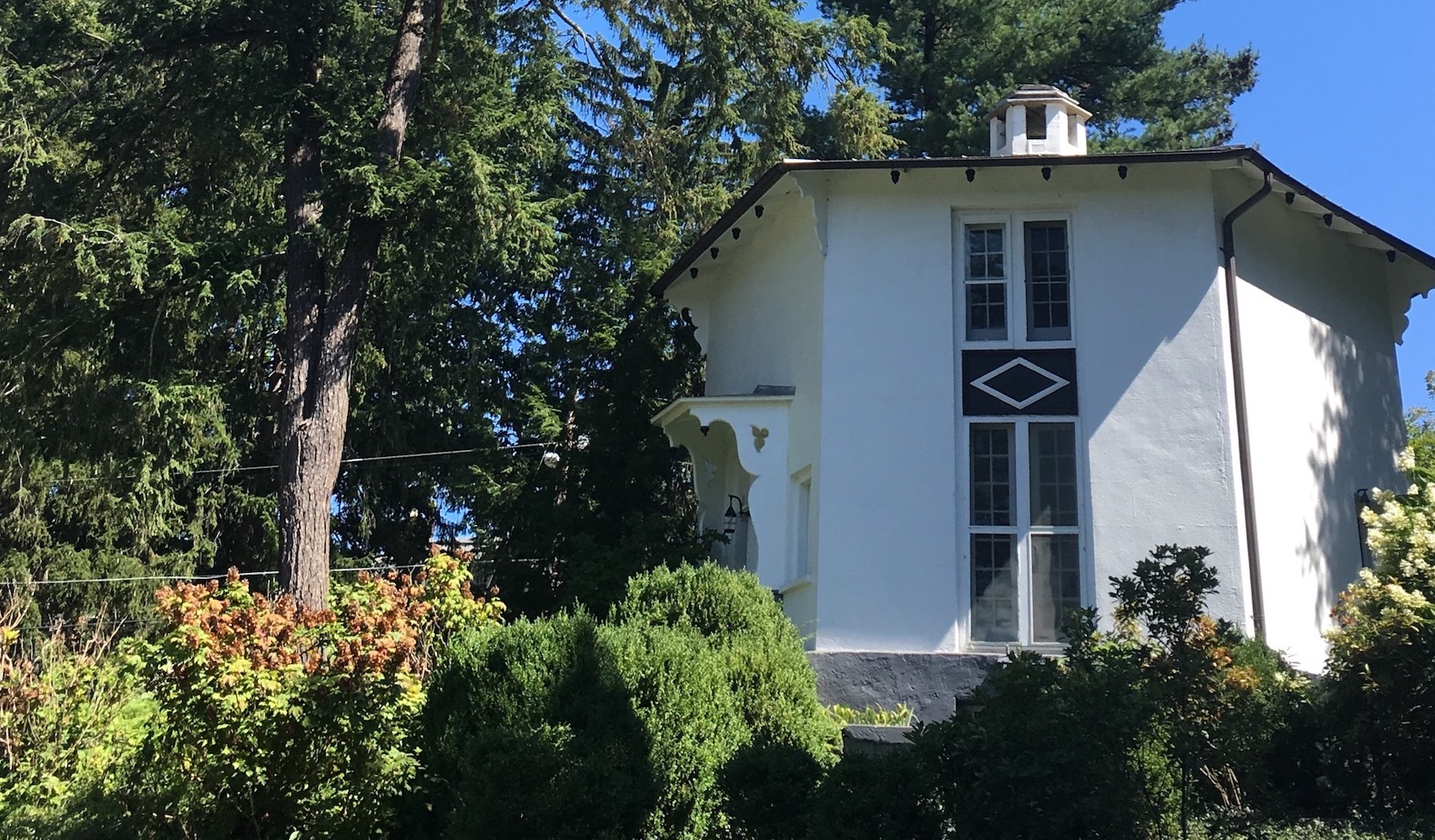 The Institute for International Liberal Education (IILE) was formed at Bard in 1998. Its mission is to advance the theory and practice of international liberal arts education. We believe that international educational partnerships must be based on mutuality and equality, and that it is important for international exchange to occur at the undergraduate level.

Bard’s involvement in international education was stimulated by the fall of the Berlin Wall in 1989. Over time, we have expanded our interests and partnership programs from Eastern and Central Europe to Southern Africa, the Middle East, and Central Asia. In 1991, we began sponsoring undergraduate students who came to Bard from Eastern and Central Europe as part of the Program in International Education (PIE), which continues to this day. For a remarkable number of these young people, the nature of learning at Bard was the most profound experience of a transformative year. They encouraged us to explore possibilities for collaboration with institutions abroad that were interested in educational reform.

When faculty members from St. Petersburg State University (SPbU) approached Bard after the end of the Soviet Union, we joined together to initiate the joint venture that would become the Faculty of Liberal Arts and Sciences (FLAS – Smolny).  U.S. undergraduates also apply through IILE to participate in the Bard-Smolny program, which offers the unique opportunity to study abroad in liberal arts classrooms with Russian students.

The overthrow of apartheid inspired us to expand our reach to South Africa and Zimbabwe. In 2000 we created the International Human Rights Exchange (IHRE). Originally a summer program run by a partnership of 13 Southern American universities and American liberal arts colleges, IHRE became a semester program jointly offered by Bard and the University of the Witwatersrand, Johannesburg. At the time, IHRE was the only semester-long multidisciplinary human rights program in the world. IHRE is now available directly through the University of Witwatersrand.

In 2008, we were approached about the possibility of forging a partnership with Al-Quds University in East Jerusalem. We gladly accepted, hoping to make a concrete contribution to peaceful development and a just solution to the problems of the Middle East. The Al-Quds Bard partnership is becoming Bard’s most comprehensive international partnership to date. It includes the creation of a liberal arts college within Al-Quds University, a Master of Arts in Teaching Program (the first in the region), and a model school.

In 2009, Bard signed a Memorandum of Understanding with the American University of Central Asia (AUCA) that commits Bard and AUCA to offering a dual BA degree. AUCA, which is located in Bishkek, Kyrgyzstan, was founded in 1997 and has 1,300 students. Instruction is in English. This partnership offers opportunities for students from North American colleges and universities to spend a semester or year at AUCA as visiting exchange students. Bard and AUCA have also collaborated on a successful summer practicum program, Development and Social Change.

In 2006, we undertook the creation of the first comprehensive dictionary of the Igbo language, in partnership with the Chinua Achebe Foundation. Additional activities have included conferences on “Translation as Cultural Transmission: Toward a Politics and Poetics of Translation” (1989), “Accounting for Atrocities: Prosecuting War Crimes 50 Years after Nuremberg” (1998), and “The Hungarian Revolution of 1956: Impact and Contributions” (2007).

In 2012 the Institute joined the Center for Civic Engagement (CCE) at Bard College. The IILE and CCE work in close coordination to develop and promote international partnerships in liberal education and civil society.

The Institute for International Liberal Education would not exist without the generosity of its donors and friends. First of all, we offer our thanks to Jim and Mary Ottaway, whose friendship and generosity inspired the PIE program and has supported virtually all of our projects. We also owe our endowment to the Ottaways’ extraordinary generosity.

We also offer our heartfelt thanks and appreciation to:

A Tradition in Liberal Arts
The tradition of liberal arts is often held to be an American or Anglo-American tradition, and it is true that it is most widely practiced in the U.S. However, its origins are broader, going back to Classical Antiquity, through which it was transmitted to Europe and Asia. There is no definitive definition of liberal arts education, but it is generally held to involve critical thinking—defined as the capacity to examine questions from diverse disciplinary, philosophical, or political points of view—and a style of teaching that seeks to elicit curiosity and an active search for knowledge on the part of students.[1] There is a natural relationship between liberal education, with its encouragement of tolerance, openness, and the free exchange of ideas, on the one hand, and democracy on the other.

Some partnerships are transparently one-sided and exist essentially as a framework for hiring local staff to teach U.S. students—they are a variation on the first type of programs and make little or no contribution to the education of citizens of the country where they are located. At the other end of the spectrum are partnerships that are essentially subsidiaries of U.S. institutions. The programs they create enroll local students and have been founded partly for idealistic reasons and partly (some would say primarily) in the expectation of reaping financial rewards for the home university.

Bard’s international partnerships are somewhere in between. Where we are wholly unique is in our commitment to fostering the spread of liberal arts education as a tool of democratization and a means of modernizing and improving education globally. Primarily, our partnership programs serve young people from the countries where they are located. Secondarily, they offer an unparalleled opportunity for students from North America (or elsewhere) to study abroad at an institution in which they are immersed in the culture of a foreign country, take courses with young people from that country or region, and at the same time enjoy the benefits of liberal arts instruction. Our “deep partnerships” also spread the challenges and benefits of international collaboration among the many actors in our institutional life—faculty and administrators as well as students.

Bard’s international partnerships express an engaged politics of education. We are, indeed, as a colleague once remarked, “agents of globalization.” But ours is a countervailing agency that consciously seeks to encourage mutual critique, oppose hegemony, and foster a democracy of equals and true exchange of values. In a word, we try to implement the core values of liberal education. Like our students, we also learn as much as we teach, and feel fortunate to have the opportunity.

[1] For a good brief discussion see Jonathan Becker’s essay “What a Liberal Arts Education Is—and Is Not.”

The Institute for International Liberal Education is a member of the Forum on Education Abroad and adheres to the Standards of Good Practice.

Information on the current Clery Report for Bard College may be found on the Dean of Student Affairs website.

Submit the form at right and we'll keep you in the loop about programs and opportunities with Bard Abroad. We look forward to hearing from you!