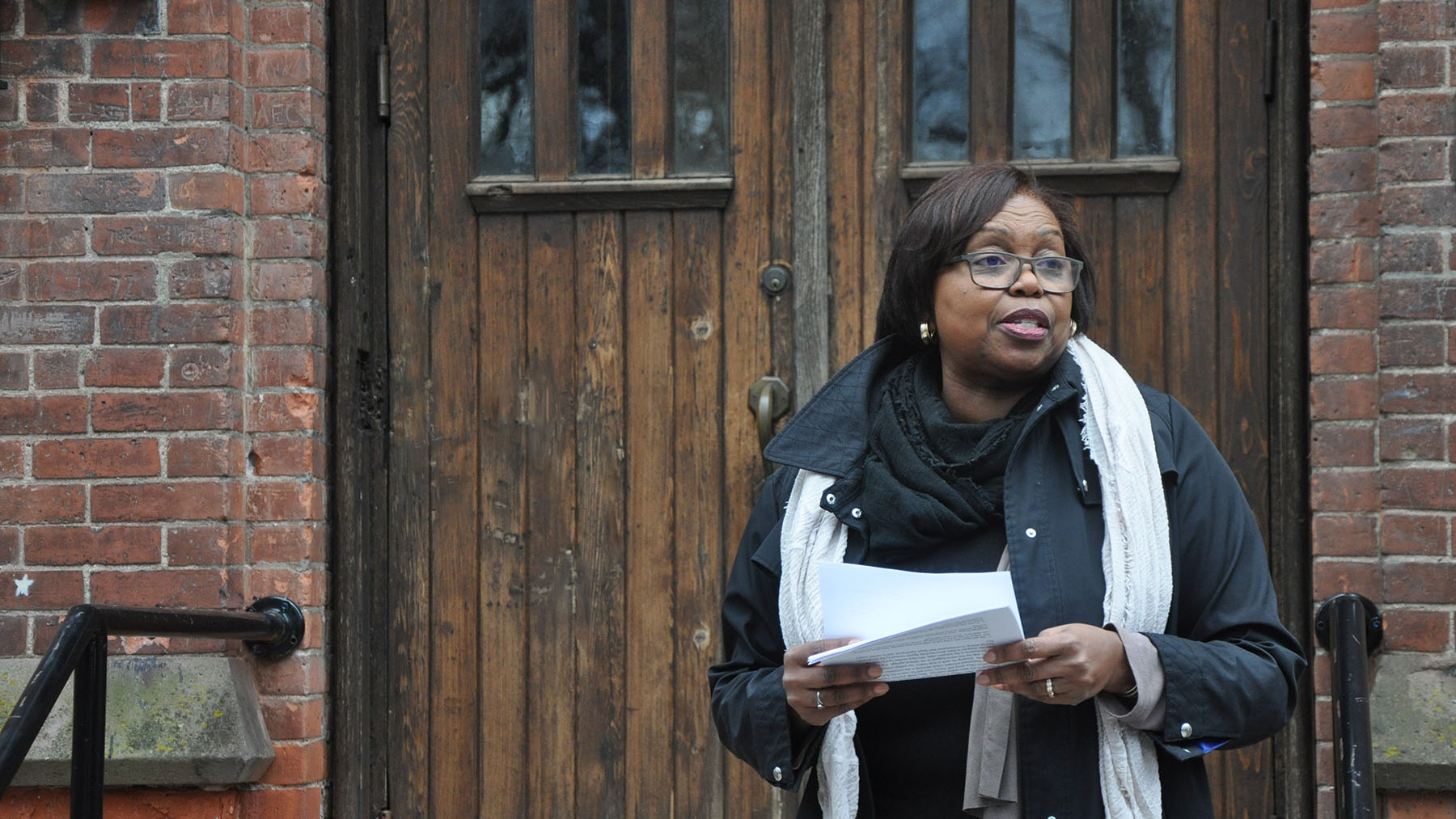 Professor Myra Young Armstead speaks at a special event commemorating new historical markers
on campus that encourage critical reflection on the past, a project of her Inclusion at Bard course.
At Bard, diversity is an ongoing practice.
We embrace plurality, respect divergent viewpoints, and are committed to understanding the rich spectrum of experiences that make up our community. We firmly believe in upholding the value of critical thought and ethical engagement that this process necessarily demands. To accomplish this mission, we are dedicated to generating dialogue that fosters respect and collaboration between people from a wide field of backgrounds, talents, values, and passions.

President Botstein has appointed a standing task force of Bard administrators to work with the Council for Inclusive Excellence (CIE). This group will keep the community informed on a regular basis on the steps being taken. 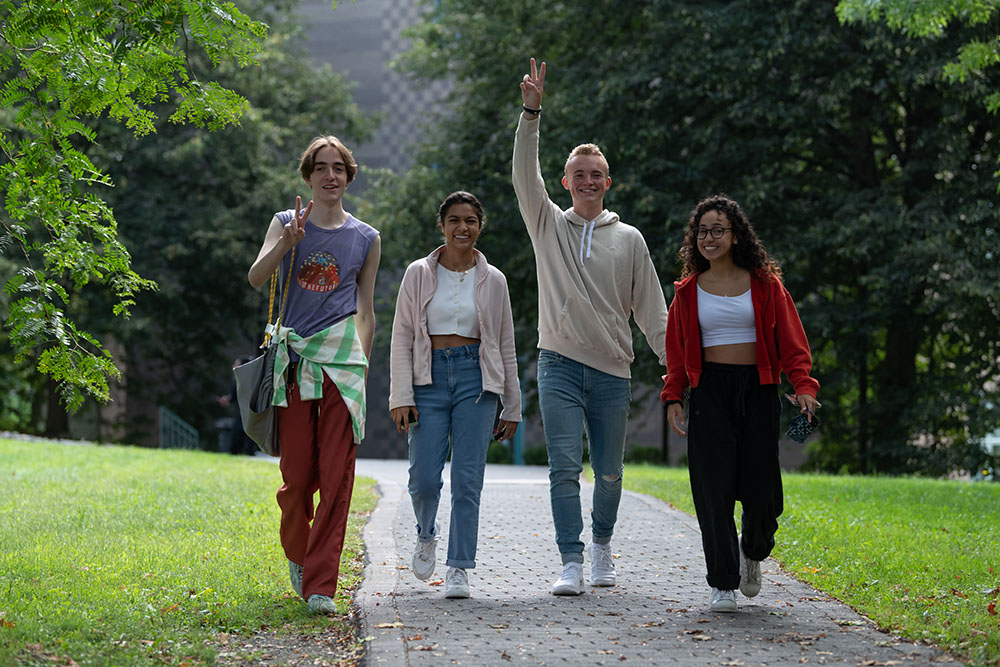 In the Classroom and Beyond

Bard College has historically been a sanctuary from ethnic, political, religious, and other forms of intolerance. We embody this legacy today with a strong investment in both local and global initiatives, from our Center for Civic Engagement to the Bard Prison Initiative and Early Colleges, as well as with our programs in Bishkek, Berlin, East Jerusalem, and St. Petersburg. Our curriculum encourages students to deepen their understanding of diversity, equity, and inclusion through the distribution requirement, Difference and Justice, and Engaged Liberal Arts and Sciences courses, as well as programs of study that create space for historically marginalized voices in the academy.

Diversity, Equity, and Inclusion in Practice

Diversity, Equity, and Inclusion works to create opportunities for both new and veteran faculty members to meet as a division or program to focus on curriculum and pedagogy as it relates to cultivating an inclusive learning environment. These workshops use scenarios to facilitate open discussion of specific issues raised by students, and are intended as a forum for faculty to reflect on and discuss diversity, equity, and inclusion in their pedagogical practice.

Dialogues on Diversity: We invite students to participate in an informed conversation about their experiences on campus related to diversity and inclusivity. This is an opportunity to hear direct input from students that helps inform DEI’s initiatives.

Campus-wide Programming: DEI sponsors and cosponsors campus-wide events such as speakers, panels, and movie screenings that relate to social justice, multiculturalism, and inclusion.

Center for Faculty and Curricular Development

DEI collaborates with the Center for Faculty and Curricular Development to incorporate topics of diversity and inclusivity in the following initiatives: