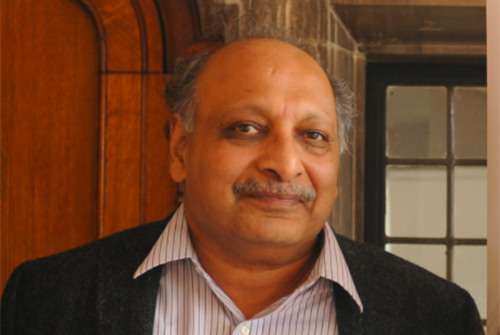 "A Different Vision: Gandhi’s Critique of Political Rationality" is a public lecture by Uday Mehta, Distinguished Professor of Political Science at the Graduate Center, The City University of New York (CUNY) and recipient of the Second Annual Yehuda Elkana Fellowship

Uday Mehta is one of the most important and original political thinkers of our times, someone who engages the fullness of the liberal arts tradition of thinking critically about our world, very much in the spirit of Yehuda Elkana. For several decades he has been one of the most influential thinkers and critics of the liberal tradition of political thought. With both rigor and creativity, Mehta explores the hidden ambitions for imperial domination that underlie the supposedly tolerant foundations of liberalism. He is, in other words, a guide to a subterranean illiberal stream within liberalism.

Mehta received his undergraduate education at Swarthmore College, where he studied mathematics and philosophy, and holds a Ph.D. in political philosophy from Princeton University. He has held teaching positions at a number of universities, including Princeton, Cornell, MIT, University of Chicago, University of Pennsylvania, and Hull. He is presently Distinguished Professor of Political Science at the Graduate Center, CUNY. In 2002, he was one of ten recipients of the “Carnegie Scholars” prize awarded to “scholars of exceptional creativity.”