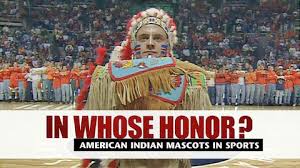 Bard Center for the Study of Hate Presents

Film Screening: In Whose Honor?

Tuesday, February 12, 2019
Olin, Room 102
5:30 pm – 8:30 pm EST/GMT-5
Film and discussion with Charlene Teters and Jay Rosenstein
Charlene Teters was a graduate art student at the University of Illinois when she started a campaign to retire the school’s racist team mascot and was met with death threats. Emmy and Peabody Award–winning filmmaker Jay Rosenstein—professor of media and cinema studies at the University of Illinois—made In Whose Honor? to chronicle the controversy. It was aired in 1997 on PBS. Rosenstein is still receiving threats over the film.

The screening of In Whose Honor? (48 minutes) will be followed by a conversation with Teters and Rosenstein moderated by Kenneth Stern, director of the Bard Center for the Study of Hate.